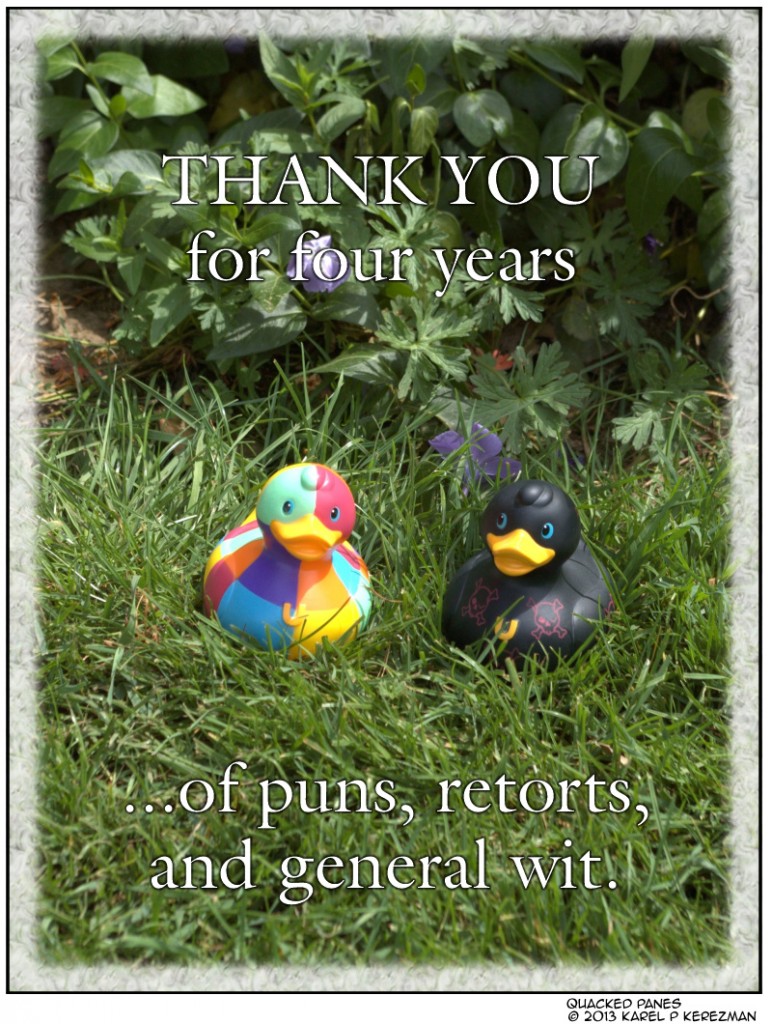 Would you entrust the bulk of the comedic duties for an entire webcomic to these two ducks?

I did, and I’m actually rather proud of how that worked out. Yes, of course, I should’ve given more camera time to some other cast members… but when I needed a bad pun or a musical reference or just general shenanigans, Roger and Neil came through time after time. They even starred in my most technically challenging comic (admittedly, that’s not saying much). You probably wouldn’t be reading this were it not for Roger and his wickedly witty ways. 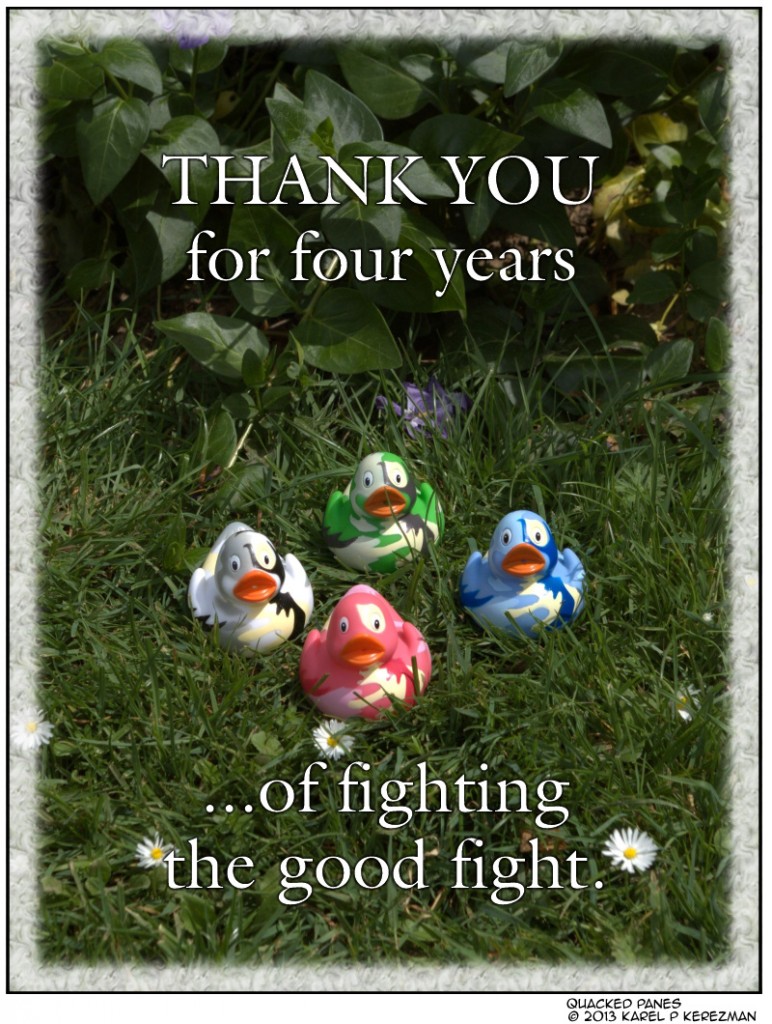 Yet another group of disastrously underutilized ducks with great potential. It’s almost as if someone cleverer and more diligent than myself should’ve been running this show all along. Ah, well. Live and learn, I suppose.

Speaking of diligence: I wish I’d been paying more attention to those blades of grass. Always getting in the way…