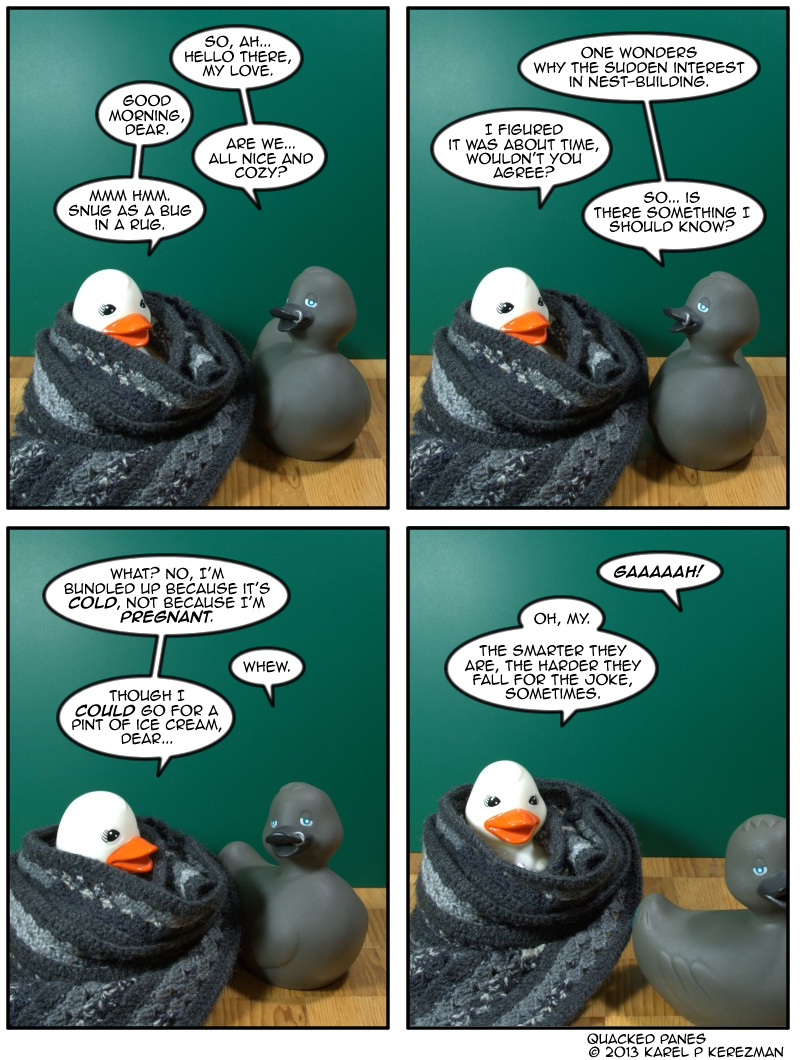 It got down to ten degrees below freezing last Friday night. In case you’re wondering where this comic idea came from.

And if you’re going to point out that someone who’s cold wouldn’t crave ice cream when pregnant, clearly you’ve not been around a pregnant woman. It’s not about rationality, people. She wants what she wants, and if you’re smart you’ll get it for her instead of trying to throw things like “logic” into the argument.

Of course, Shimako’s not above yanking her mate’s chain a bit, as you can see.

As I type this, my thermometer is indicating six degrees above zero… fortunately, outside.

Is that a sock or a scarf?

That is, in fact, a scarf made for me by my second girlfriend. (I used one of her earlier efforts as the 12 Ducks bedding last month, too.)