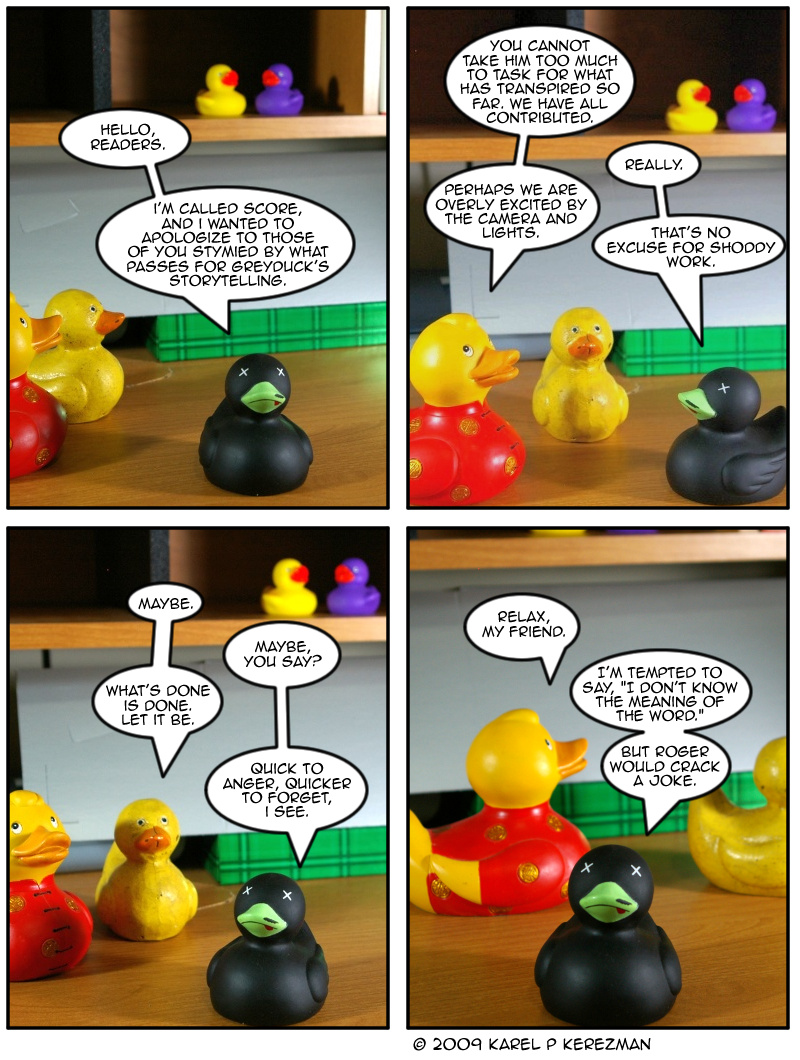 Score is a good duck, really. He’s just a bit… touchy. And a bit of a perfectionist.

One of the characterization ideas I’ve tried to utilize is to give some of the ducks little facets of my own personality. Roger’s a punster, Neil’s a music lover (not to be outdone by Roger, of course), Rusty’s easily exasperated (but gets over it quicky) as well as easily bought (um), Li’s the laid-back type, Poe’s a bit of a snob, and so on.

I know that this one lacked a real punchline, and that’s more-or-less on purpose. A few script revisions tried to force a gag in the third or fourth panel and it kept falling flat, so I decided to keep Score in character and go for the grumble instead of the guffaw. We’re establishing characterization and setting again, and I expect to be doing a few more along these lines as I work toward letting the entertainment grow a bit more… well, organically may not be the precise word but hopefully you get the idea.

And that gets us through the first month. Can I handle the next eight-to-ten comics?

Y’know, if you rub off a bit of Score’s beak on the other side, it’ll look like he’s got a killer moustache…

He’ll still be unbalanced, what with his tongue sticking out a bit…

Am I the only one who thinks Score looks dead? (Zombie ducks FTW?)

I’m sure you’re not the only one.

This is, indeed, one of those things I’ll be addressing in a future comic. *grin*