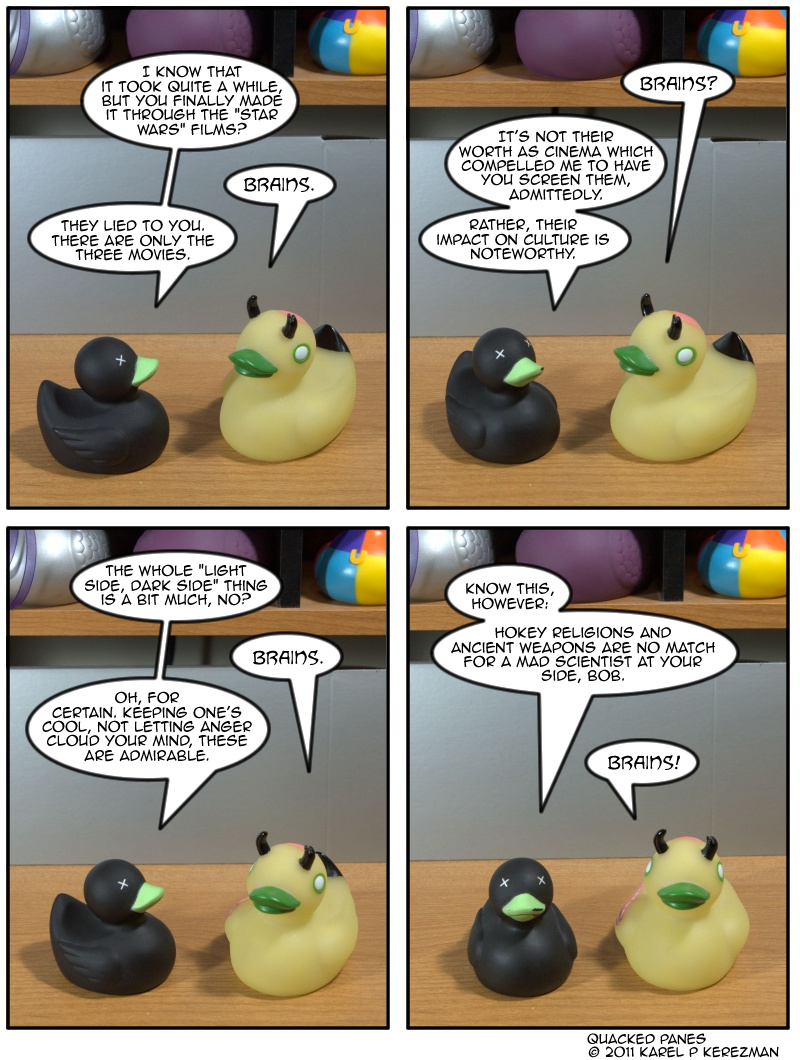 I’m not saying that the prequel trilogy performed unnatural acts upon my cherished childhood memories of the original trilogy or anything asinine along those lines. For pity’s sake, I’m not even that much of a Star ____ fan. No, not the other one, either. Therefore I don’t really care that George Lucas made three more movies and that they’re kind of lame.

Rather, I think of the prequel trilogy not entirely unlike my opinion of the Highlander movie sequels: You can’t make me take them seriously, so I’m going to ignore that they exist.

He has a lot to say for a dead duck! Haha! Cute! Brains!