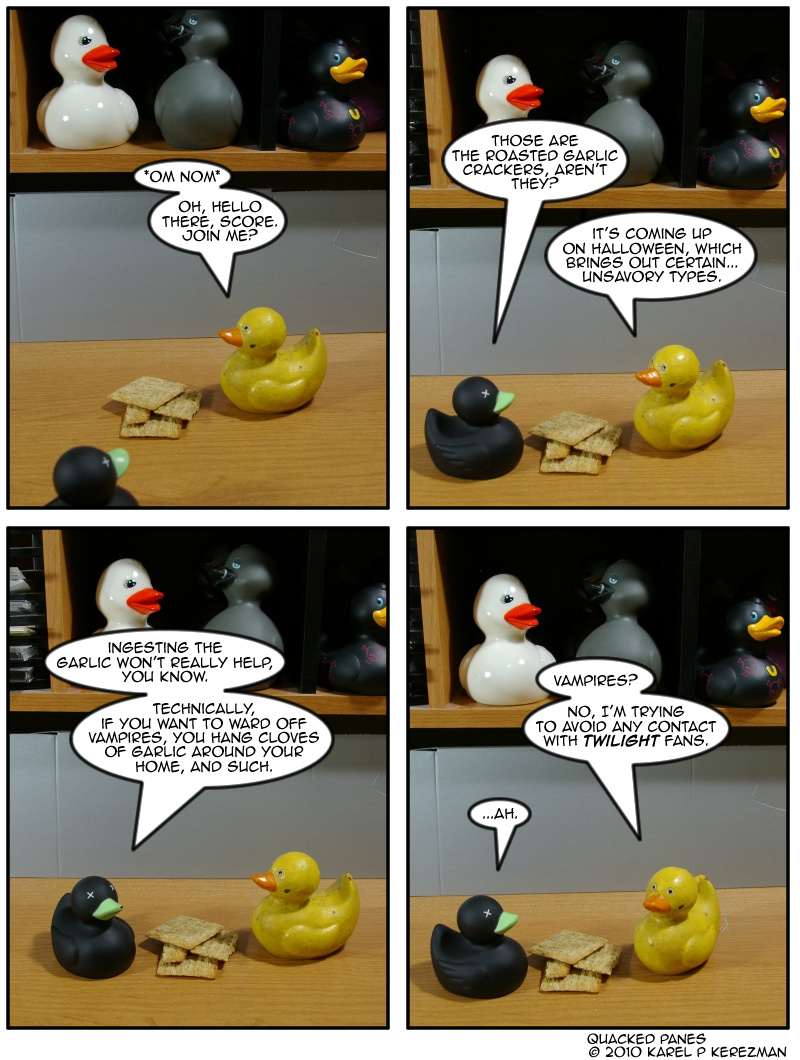 I apologize for going so long between Rusty appearances. I’ll try not to let it happen again.

Also: Yes, I’m well past the tail end of the trend for mocking Twilight. This is the guy who made an “ayePhone” joke three years after the iPhone was introduced, remember?

One of the things Webcomic tends to do to me is to pick a random misplaced thumbnail when I upload a new comic. I always have to check the thumbnail settings before I post; it generates all of them correctly, so I just have to copy/paste the relevant part of the filename and all is well. Since nobody else can reproduce the bug, I’m sort of stuck with it. Such is life, I suppose.

I mention this mainly because today’s random selection was… the thumbnail from an earlier comic during which Rusty was eating something.

Huh. I think he’s the only duck I’ve shown eating in a comic. How odd.

but garlic IS savory! 🙂

Indeed it is, but I think Rusty’s in it as much for the flavor as for the “unfortunate” side-effects… *grin*

Yes, I’m well past the tail end of the trend for mocking Twilight.

No, no you’re not. I’m fairly sure that mocking Twiholes is always in fashion.

Exactly what I was going to say!