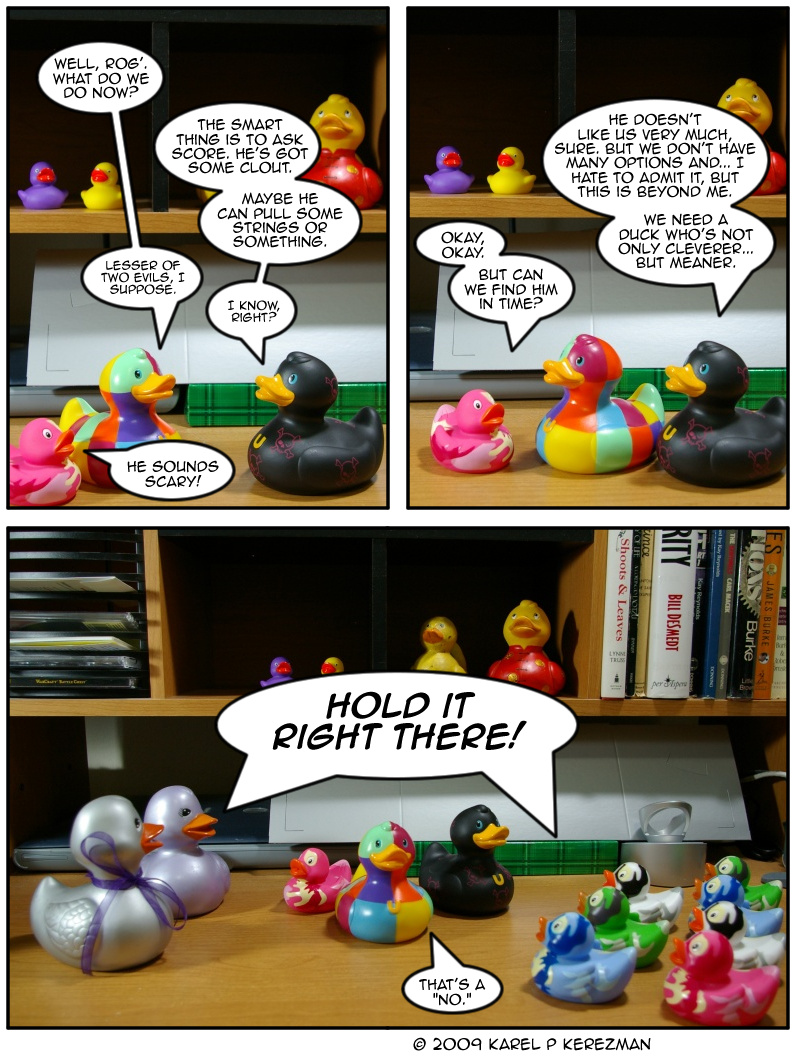 My original idea involved Roger coming up with some kind of harebrained scheme from which they’d later have to be rescued. Two problems arose with this plan:

1) That’d drag this little storyline out even longer.

2) I’d have to actually come up with a harebrained scheme from which yadda yadda yadda.

I’ve chosen the better part of valor, here. Trust me.

Just two more comics remain before we get back to a nice run of silly gags. Hang in there, folks!