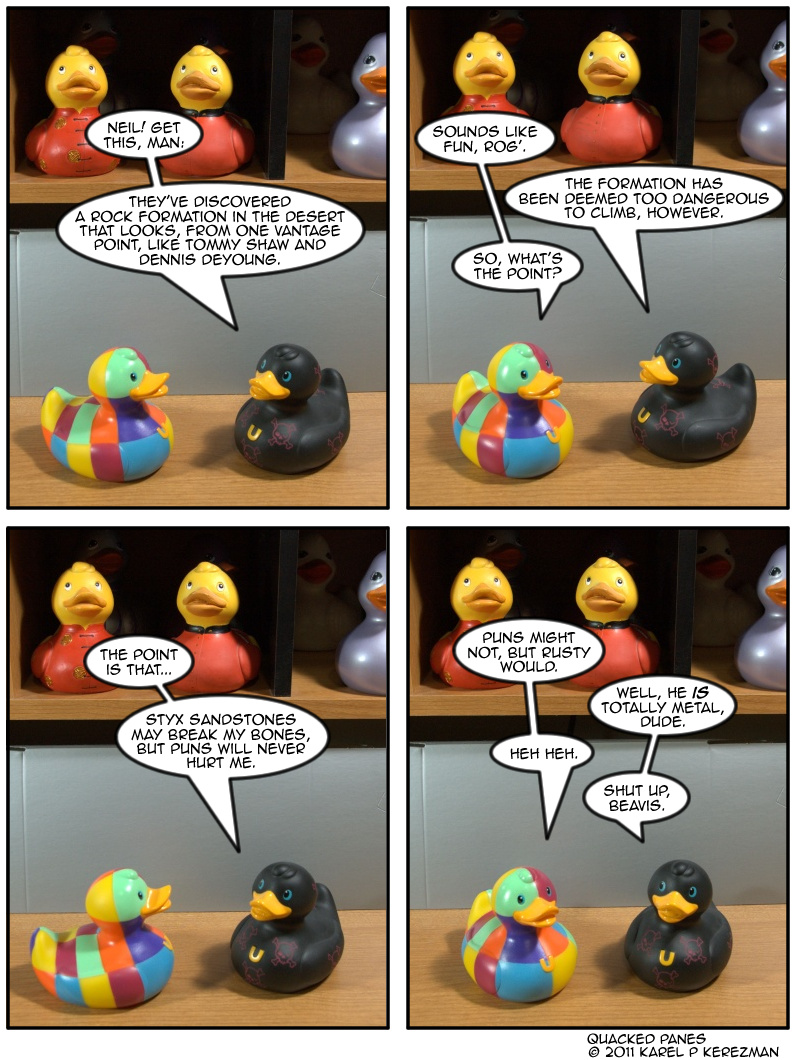 I often wrestle with two problems when it comes to making a pun-based comic:

Problem Number The Second, at least, I found an answer for this week. I’m not so sure about Problem The Very First, however…

Ha! You pain me, just a little.

I apologize for any mental trauma you may have suffered during the enjoyment of this webcomic. Please return the unused portion for a full refund. *grin*

I’m okay with this. Mostly because I figured out where you were going with it. Even said “Styx sandstones” out loud before I scrolled to frame three.